What does “state of emergency” mean?

Just right after Paris attacks on 13th of November 2015, French President, François Hollande declared “state of emergency” in France. Some of you might throw some questions; like for examples: What does it mean? What is the impact to the people who lives in France, for the citizen or non-citizen? Can we travel across the borders?

So, I would like to let you know in a simple way to better understand about “state of emergency”.

For your information, this is not the first time that the French had declared “state of emergency”, it was firstly declared during the war in Algeria. Then, in September 1984 during the events of New Caledonia, and 10 years ago during the suburban riots in 2005. 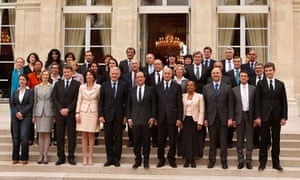 It will take 12 days after the day of the decree. (source: click here) However, this period could be extended depending on decision taken by the law.

Under legislative scheme of state of emergency, public freedoms will be limited by the authorities, under exceptional power given to The French Police and The Ministry of Interior.

So it means, it gives the authorities to limit following public freedom:

Yes we can, but do not forget your passport or other legal ID, because the authorities might ask you to show them your identity.

Like I said in my previous article, what happened in Paris lately is unexpected, it might happened anywhere else near you any time, so please be safe and keep praying. 🙂

This site uses Akismet to reduce spam. Learn how your comment data is processed.

Read it in your language